The tournament, then called the European Cup, began in 1955/56 with 16 sides taking part. It changed into the Champions League in 1992/93 and has expanded over the years with a total of 78 clubs entering in 2015/16. Qualifying begins in the summer with three rounds and then a play-off taking place before 32 teams begin the group stage starting in September. The Premier League representatives in the 2017/18 Champions League will be champions Chelsea, Tottenham Hotspur, Manchester City and UEFA Europa League winners anchester United. Liverpool, who finished fourth in the PL table, will compete in a qualifying play-off. 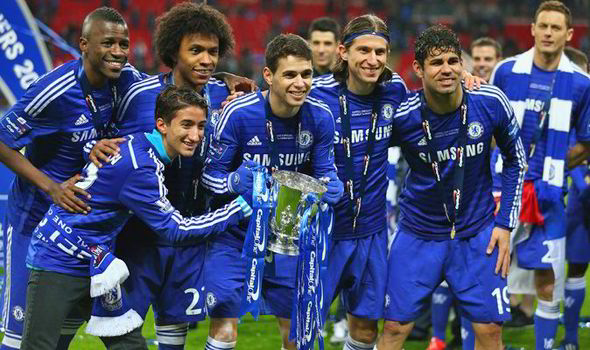 So imagine watching this and just add beer, whisky, and maybe a cheeseburger, although we also have salads for those currently into fitness or in a special diet, as we have many athletes and sports fans who come here and ask for our special menu, we even have a shop where you can buy champions league products, dietary supplements from mx-male.net  to gain muscle weight, and fitness products in great deals !

We keep this list up to date (ish). If you have any questions about what’s on, call the pub!